In the early sixties my father would travel with his family to visit his brother, my uncle, the poet Richard Murphy, living in the old forge in Cleggan outside Clifden. To supplement his meagre income my uncle would sail tourists to Inishbofin in his Galway hooker called The True Light. On the way over you could watch the mackerel dying slowly in the bilges and follow the porpoises. Sometimes we would stop off at High Island where monks had eked out their existence over a thousand years ago. No harbour, just a leap ashore at the foot of a cliff. But the pagan world was present too for Mrs Coyne was definitely a witch. A witch that knitted my geansaí of emerald green that caught every flying fishhook. To my eye then Fodhla (ancient Ireland) was everywhere and the sweet smell off a donkey’s breath a revelation. Today I see how well named was my Uncle’s boat. If a painting of mine holds true light – then I am still aboard, a little seasick, but at least I am not a mackerel. (March 2012) 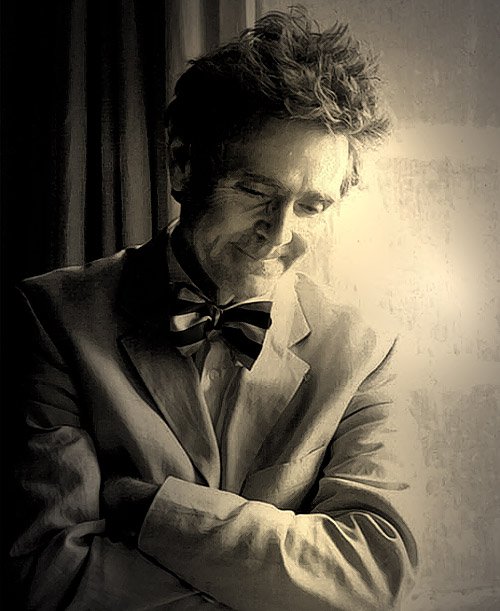 Born in Buenos Aires, Argentina, 1956
Lives and works near Carcassonne since 1992

From where I live on a clear morning one can see the ruined walls of the Château de Montségur. It was there that on 16th March 1244, 225 Cathar Parfaits chose to be burnt at the stake rather than renounce their dualist faith and went singing, freely, to their auto-da-fé. It is a haunting memory which always serves as a reminder that beliefs are an integral part of existence. 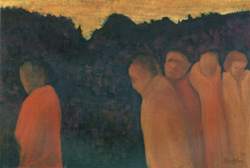 The problem for the Cathars, and for many others, has always been interference by other people. But today at least in the French Department of Aude, and equally in county Galway Ireland, the desolation and wildness make no claim on me, and I am left free to develop my painting in accordance with my beliefs.

In both France and Ireland I go and sit in a bar or brasserie. A painter in the corner of a bar in Ireland is treated like a slow-witted conjuror, someone about whom one can’t be too sure; in France the reaction is more respectful. The smoker will blow smoke rings, and the waiter will study the influences in your work with feigned indifference. 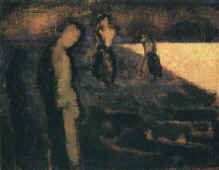 My father and his brother passed on to me their love of Ireland. My father restored a ruined castle, Carraigin, on Lough Corrib, where I go to paint; and my uncle Richard Murphy lived and worked as a poet in Cleggan, on the west coast. After Oxford, I went out to live in county Galway. For three seasons I hunted with the Galway Blazers, and took aerial photographs from a microlight. Much of my understanding of imagery had its beginning at that time. I can still see Micky Dempsey’s pink coat against the dark brown bogs of Attymon. 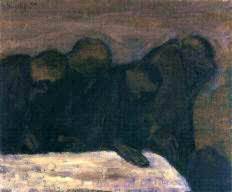 Trial and error are my great masters. A painting is nothing more or less than a series of brush strokes; and of each stroke one may say: “If you like it, leave it; if you don’t, wipe it off.” In my search for colours that move, much of a picture will end up as rags around my feet. Why some people are painters seems partly to do with this persistent desire to correct and alter the image. This persistence and tenacity can suggest that the completed image exists somewhere already, in the way Plato proposed. In fact a quiet hope of mine is to discover, on death, that the heavenly substance from which, say, all pears draw their “pearness”, looks a bit like one of my paintings.